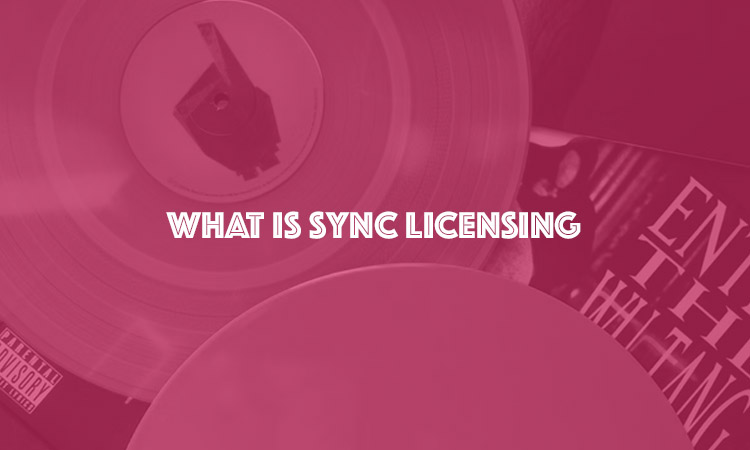 In this post we take a look at the world of sync licensing for music.

What Is Music Sync Licensing

To use music on a TV show, advert, film or video game you need to obtain a sync license. This is an important revenue stream for artists.

This can come as a great benefit for the artists.

For music artists who are also songwriters, they do not need a sync license to put out a video of the song. The license also does not apply to any public domain songs like “Take Me Out to the Ball Game,” or “Happy Birthday.” Music sync licenses are only for products released in video format, meaning they would not work for an audio release only. Audio projects need a separate license.

In order to use the song both sets of rights must be cleared. Put simply, to license a song for a TV show for example, you would need a publishing license and a master use license.

These licenses outline how the song can be used. It will outline the length of the agreement, where the license applies, the way the music will be synced and the fee to be paid for the usage.

How Does Music Licensing Work?

Typically sync licenses are negotiated by artists, publishers or labels. There is no set fee for a sync agreement but in almost all cases two payments are made. One to the master rights holder and another (often the same amount again) to the publishing rights holder.

Terms of sync licenses are not standard, every sync is different depending on what is negotiated and what the requirements of the licensor are.

Benefits of Sync Licensing for Artists

Artists can see great benefits from sync licensing including: